"Alice Drummond, an actress who was a Broadway regular in the 1960s and ’70s then played an array of older women, from mild-mannered to deranged, in blockbuster films like “Ghostbusters,” “Awakenings” and “Doubt,” died on Wednesday in the Bronx. She was 88.
​
Her friend and executor, the actress June Gable, said that the cause was complications of a fall Ms. Drummond sustained about two months ago." 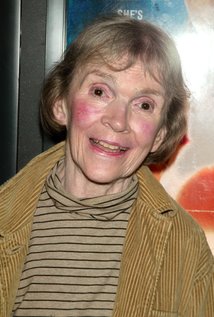