Looks like Playmobil are not yet done with their Ghostbuster goodies!

According to this post, we can expect to see some new figures on the way - each standing just under 6" tall and available either separately or in one collector box!

Not only that but we can also spy the good ol' Ecto 1-A as well - which will be a fantastic addition to their previously released original Ecto!

A big thank you to James Sawyer who shared this in the Ghostbusters Franchise Worldwide FB group! 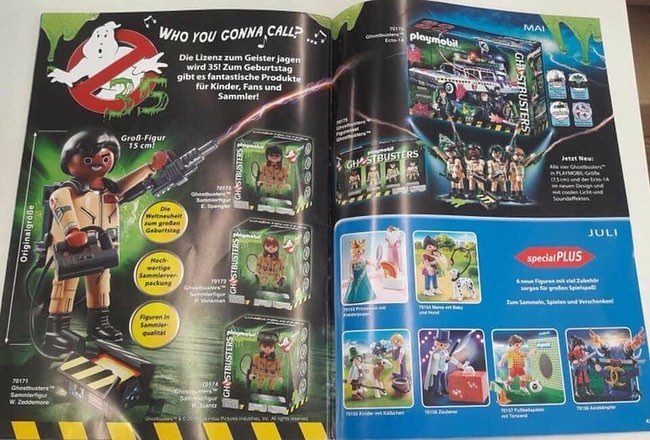